The Green Pope: A man after my own heart 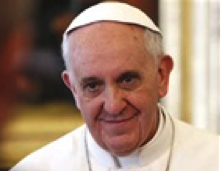 When I read this headline, I had to smile: The Green Pope: Francis is putting the full weight of the papacy behind efforts to curb climate change. Many Professional Organizers base their businesses on being ‘green,’ recycling, and simplifying the homes and lives their clients lead. After being glued to the television for the Pope’s entire visit to the United States (I was painting my bedroom at the same time), I couldn’t help but see a connection between this incredible man and some of the same ideals that relate to the environment and the business of professional organizing. After the Pope’s visit, I did some research, and two documents written by the Pope stood out.

The first document was published on June 18, 2015, when Pope Francis released the encyclical Laudato Si: On Care of Our Common Home. In this document the Pope calls on all nations and peoples to address urgent environmental concerns, including climate change. Francis reported that this encyclical was not really an environmental document; rather, it highlighted the developed world’s indifference to the destruction of the planet while pursuing short-term economic gains. The Pope states, “Never have we so hurt and mistreated our common home as we have in the last two hundred years.” Professional Organizers work with clients every day to set up home recycling centers, and the significance of that labor isn’t lost on us; we are helping our clients save the planet one household at a time.

The second document released by the Pope was The 15 Diseases of the Curia. The Curia Romana is the papal court, or the people who assist the Pope in the government and administration of the church. Pope Francis explains that these ‘diseases’ do not only concern the Curia “but are naturally a danger to every Christian, every curia, community, congregation, parish and ecclesiastic movement.” Number 13 on the list is the disease of Hoarding. In layman’s terms, a person tries to fill an existential void by accumulating materials goods, not out of need but only in order to feel secure and, as a result, burdens the soul. As a nation, we see this every day as shopping has become the national pastime, and anyone can accumulate goods 24/7 by using the internet and television. When people become overwhelmed with clutter and don’t know where to turn, very often it is the Professional Organizer who gets the call for help.

Finally, my hope is that no matter what our religious preference, we all take the words of Pope Francis to heart and be responsible stewards of our planet– our first home.

Clutter Quote: “Creation is not a property, which we can rule over at will; or, even less, is the property of only a few: Creation is a gift, it is a wonderful gift that God has given us, so that we care for it and we use it for the benefit of all, always with great respect and gratitude.” Pope Francis 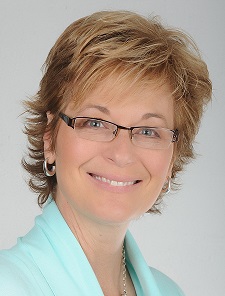 Vali Heist is a Greater Philadelphia productivity and organizing consultant with The Clutter Crew in Mohnton, PA.