De-Clutter your Toys before the Holidays

Let me start with a shocking statistic to get you in the holiday mood.

The United States has 3% of the world’s children but buys 40% of all toys sold worldwide.

This season, if you’ve got kids, you’re likely going to have an influx of new gifts and toys, so it’s the perfect time to learn how to help kids wade through their toys and create space for what sparks joy.

Teaching your kids to choose toys wisely and to treasure the toys they have is not something that happens overnight. But you can slowly change the conversation, put some boundaries up and help them curate a collection of toys that spark joy for them and that minimizes clutter for you.

When Laura Kelleher saw a Facebook contest to win a room makeover, she didn’t realize the full effect of uploading a photo of her messy playroom. The contest was the first annual ‘Home Makeover Facebook Contest’ run by NAPO-GPC as a way to celebrate January as GO Month, or ‘Get Organized Month,’ in order to offer encouragement to people to start the New Year off with less clutter, less stress, and more clarity. After being selected as one of five finalists, the Kelleher family was selected as the 2017 winner. 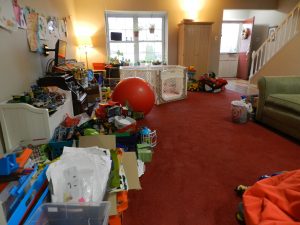 Laura and her husband Tom, of Horsham, PA, live in a quiet suburban neighborhood with their three active children. The playroom, which is the first visible space upon entering the house, is a hub of creativity and imagination, particularly for the two older boys, ages 6 and 10, who build with Legos, collect dinosaurs, decorate the room with their artwork, and have a large collection of cars, trucks and collectibles. Then there is their 10-month-old baby sister who is just starting to explore the world of her big brothers. Getting the playroom organized was becoming an urgent need with stray Lego pieces within their baby sister’s reach. 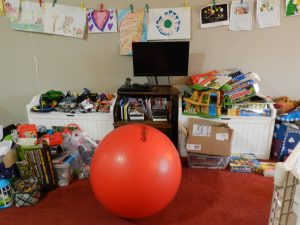 The overarching goal for organizing the room was based on the fact that both of their sons are autistic. The lack of a clear system for the boys to access their toys and art projects created stress and an inability to function smoothly at home. Although both Tom and Laura knew their boys would respond well to systems and order, the project was too overwhelming for them to tackle on their own. 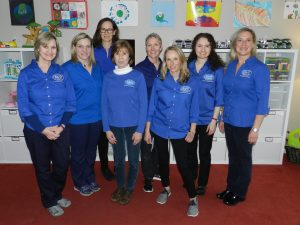 So on March 31, eight organizers from NAPO-GPC volunteered their time and talents to plunge into the Kelleher’s playroom. After clearing the room of all toys, books, and games, the professional organizers assembled five IKEA shelving units, sorted and categorized the vast variety of toys, and then brought it all together into a beautiful, well-ordered system. Laura and Tom worked alongside the team making decisions and securing the units to the wall.  When completed, there was an entire section devoted to Legos, a bookcase for all craft items and books, and bins specifically dedicated to toddler toys. 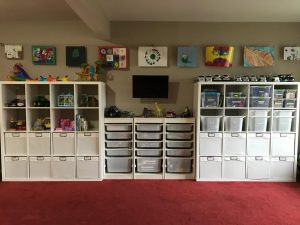 The team completed the makeover in under five hours and then they waited for the boys to arrive home from school. It was like a surprise party and Christmas rolled into one! Now the brothers could rediscover their treasures and everything had a place! Bins were labeled and lids protected against the dangers of small pieces. No longer a stress zone, the family could enjoy the playroom as intended. 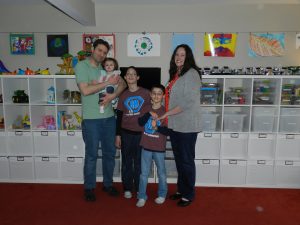 Click on the above title to learn more about the featured author. 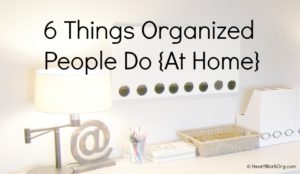 If you come to my house, you won’t see a perfect, magazine-ready home. But you will see a clutter-free, tidy space, unless the kiddos are having a LEGO-fest. Then all bets are off.

Want a more clutter-free home all the time? Take note of things that organized people do to keep their home organized.

Letting Go of the LEGOs 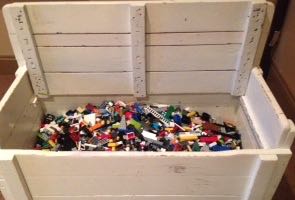 With being a mother of three boys, it comes as no surprise that we have a toy box ‘filled to the brim’ with LEGOs. That’s right, every color, shape, and size ever put on the market from 1998 until 2010. I have over 12 years of memories concealed in this toy box. So, when my boys suggested that we ‘get rid’ of the LEGOs, I admit that my heart sank a little bit. Immediately, I thought of the countless hours my boys spent imagining, creating, and building their creations and my constant amazement how these little blocks could hold one’s attention for so long. The actual toy box was my husband’s from his childhood. This in and of itself is a family ‘heirloom.’ So, does it make sense to discard this ‘treasure trove’ that I hold so dear? You would think that as a Professional Organizer it would be a ‘no brainer’…not so much.

Do I purge on a regular basis? Yes. Although it comes naturally to me, I do try and live what I so often preach to my clients. “If it is no longer useful to you, why not bless someone with what you are no longer using?” Well, every now and then, sentimentality wins out. I am as sentimental as the next person and treasure certain items dearly. That being said, every item cannot and should not fall under this category. So, how does one choose?

First, you should ask yourself if the item holds good memories and brings you joy. If so, find a spot in your home to enjoy this treasure. Over the years, I have been gifted with many items from family, but have only kept what is useful to me. Take for instance your grandmother’s china. Maybe you have another set of fine china that appeals to you. If this is the case, donate or gift your grandmother’s set to someone else.

Second, take your storage space into consideration when deciding on what to keep. It does not take long for clutter to accumulate, and there is nothing worse than living in a cluttered environment. Also, if you can’t find the treasures when you want to use them, why hold onto them in the first place?

So, you’re probably wondering if I still have the white, wood toy box. The answer is yes! While my boys obviously don’t partake in building with LEGOs any longer, I have had on occasion, certain visitors who have enjoyed them. Also, it is located in our basement that was once our ‘toy room’ but has since been renamed the ‘workout’ room. Every now and then I get a glimpse of the toy box filled with LEGOs and my heart swells with wonderful memories of ‘years gone by.’